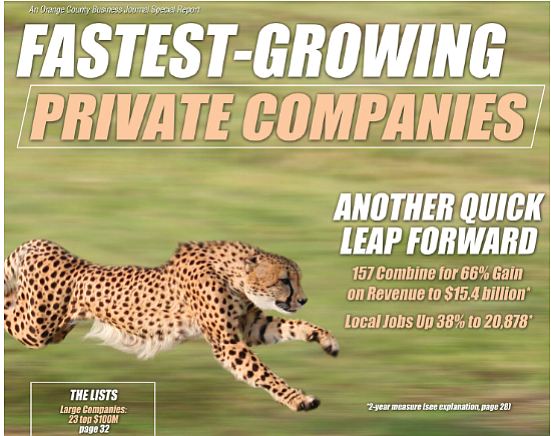 The Business Journal is producing its annual list of the fastest-growing privately held companies, which is scheduled to appear as the centerpiece of a Special Report in our Sept. 18 issue.

We’re seeking private companies whose yearly sales grew rapidly from mid-2015 to mid-2017, Orange County-based companies that are owned by an individual, a group of people, families, venture capitalists, private equity firms or other investors.

We urge you to submit your company for consideration. It could be ranked as one of the fastest-growing companies in an area known for nimble startups and entrepreneurialism.

The online form to submit for consideration is at goo.gl/TSHzpC.