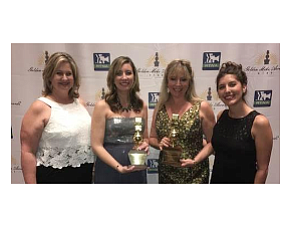 Bill W. is a documentary film about William Wilson, co-founder of Alcoholics Anonymous. The film traces his beginnings as an alcoholic on the brink of death, through his recovery, and on to his success forging a path of hope for others to follow.

The Best Entertainment Reporting award is given to an individual or team effort on a single entertainment story or series of stories on a single subject. LAaRT received the award for "KAYPA (Korean American Youth Performing Artists)," which highlights a performance group that uses dance to explore the beauty and uniqueness of Korean culture.

PBS SoCal’s coverage area encompasses six counties from the San Diego County line to Santa Barbara and from Los Angeles through the Inland Empire, to the desert cities. The station’s headquarters and main studio are in Costa Mesa.