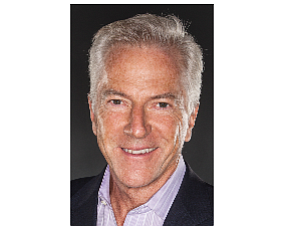 Indianapolis-based Emmis Communications Corp. said internally today that it finalized the sale of four of its remaining magazines, including Orange Coast, to Hour Media, a Royal Oak, Mich.-based media company. The total transaction price was $6.5 million, according to Emmis’ public filing document.

Emmis Chief Executive and controlling shareholder Jeff Smulyan could not be reached for comment.

The other publications sold are Los Angeles Magazine, Atlanta Magazine and Cincinnati Magazine. As with Orange Coast, all have digital and custom publishing operations that were part of the sale.

Hour Media is a privately held company that publishes magazines, including Sacramento Magazine and a handful of publications in Detroit. Hour Media in January purchased Palm Beach Media Group. That brought its total number of magazines and custom titles across the country to 70, news reports said.

Christopher Schulz, the publisher of Orange Coast, who put together a deal to purchase the magazine, said he was outbid but did not know the sale price.

Schulz also said he was told by both the chairman and president of Hour Media that he will remain as president and publisher of Orange Coast and that all existing staff will join the new organization as well.

He said he’s “happy” about the sale because Hour Media is committed to regional magazines “and if anything, it creates a stronger national group of magazines, all committed to the quality of city and regional publishing.”

Smulyan’s original intent was to sell all six of Emmis’ regional magazines to finance a move to take the company private. His effort to take the company private failed but he proceeded to sell most of them anyway to narrow Emmis’ focus and reduce its debt, he previously said. Emmis will reportedly keep Indianapolis Monthly, its flagship magazine and the first publication it acquired, in 1988.

Emmis announced last October the sale of Texas Monthly, its sixth magazine, to an affiliate of Genesis Park LP, a partnership founded by Paul Hobby, for $25 million, subject to working capital adjustments.