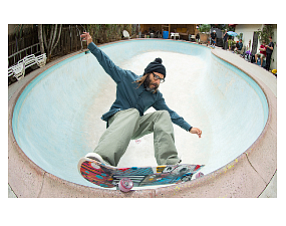 Annual revenue at Vans Inc. climbed 6% to $2.3 billion in 2016, making it the largest and fastest growing brand for parent VF Corp.

“The brand’s continued success in a very inconsistent retail environment is impressive and clearly demonstrates the deep understanding the Vans team has of its consumer,” Steve Rendle, Greensboro, the N.C.-based parent’s chief executive, said during an earnings call.

Vans posted a 14% uptick in revenue in the fourth quarter that ended Dec. 31.

It had “a mid-teen increase in the Americas business,” that was “balanced across the region and channels,” according to Rendle. “Our strong momentum continued with 17% growth, including more than 20% growth in [direct-to-consumer] and low single-digit growth in wholesale. [Same-store sales] were up at a high-teen rate including 40% growth in our e-commerce business.”

Vans bounced back in Europe with “mid-single-digit” increase in sales for the quarter, while its Asia-Pacific region was up 20%.

VF Corp. this year expects “Vans revenues to increase at the low double-digit rate driven by a high single-digit increase in both the Americas and Europe, and up high teens in Asia.”

Vans, which is based in Cypress, is part of VF Corp.’s outdoor and action sports group that includes the North Face and Timberland.

The brand today launched a global digital marketing campaign called “This Is Off The Wall,” which showcases stories of “Vans professional athletes, artists, musicians and style purveyors who have long and personal histories with the brand,” and that are “are easily translatable around the world” and “shine a light on the passions that Vans has always supported.”

“It’s hard to assign one definition to ‘Off The Wall’, so we wanted to deliver a campaign that truly shows how our mantra takes shape through various forms of creativity,” Fara Howard, Vans’ vice president of global marketing, said in a statement. “Whether that’s through music, surfing, skateboarding or customizing a pair of shoes, all the stories told will communicate the distinct way in which Vans looks at the world.”

Vans sells merchandise in more than 100 countries and some 600 stores, and has about 7,000 employees, including an estimated 500 in Cypress.