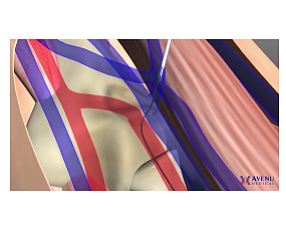 Avenu Medical Inc. in San Juan Capistrano has raised about $13.1 million through private placement, according to filings with the Securities and Exchange Commission.

The development-stage medical device maker has set a target of $16.1 million for the funding, according to filings.

Hemodialysis is a treatment for kidney failure that requires a minor surgery to access patients’ arteries and veins, allowing blood to travel through soft tubes to the dialysis machine where blood is cleaned and returned to patients.

The current standard of surgical fistula was established in 1966, with limited advancement since its inception.

It has no revenue to date, according to SEC filings.