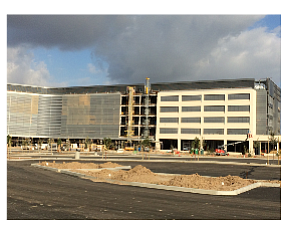 The board of San Diego-based Qualcomm Corp. won’t nominate any of the 11 candidates recommended by rival Broadcom Ltd. and investor Silver Lake Partners, the latest turn in the hostile takeover attempt.

Qualcomm shareholders on March 6 are scheduled to vote on board nominations at the company’s 2018 annual shareholder meeting.

The latest salvo comes less than two months after Qualcomm’s board unanimously rejected a $103 billion unsolicited takeover bid from Singapore-based Broadcom, which is pushing regulators to repatriate its headquarters designation to the U.S.

Broadcom still maintains a sizeable operation in Irvine, despite years of downsizing following the early 2016 sale of Broadcom Corp. to Avago Technologies Inc. for $37 billion.

Chief Executive Hock Tan selected San Jose as the company’s U.S. base after the sale.

Qualcomm’s governance committee said Broadcom’s nominees are “inherently conflicted and would not bring incremental skills or expertise” to the board room.

Qualcomm's board is nominating 11 incumbent directors for re-election.

The company said Broadcom’s bid “dramatically undervalues” Qualcomm and faces regulatory hurdles that may prevent any deal, as well as a lack of committed financing.

“Broadcom has made no commitments to resolve the serious regulatory issues inherent in its proposal,” Qualcomm said in a statement.

Qualcomm is the world leader in high-margin baseband chips—essentially the technical brains of smartphones—and its Snapdragon processors are one of the most used for gaming graphics.

Broadcom specializes in communications chips that power Wi-Fi, Bluetooth, GPS and other applications in mobile devices, as well those used in data centers and set-top boxes.

Both chipmakers serve the largest consumer electronic makers in the world, including Samsung and Apple Inc.

Broadcom and Qualcomm shares were up less than 1% in afternoon trading. Broadcom’s market value is $113 billion, while Qualcomm’s is $95 billion.