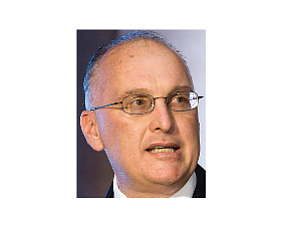 NAND flash is a key memory component and the most popular rewritable memory chip used in USB drives, cameras, iPods, smartphones, tablets and other devices.

A Western Digital consortium had lost a bidding war for the flash business to a group led by Boston-based Bain Capital, and including Fountain Valley-based Kingston Technology Inc.

Under the settlement announced minutes ago, TMC and Western Digital will continue other joint ventures: a state-of-the-art memory fabrication plant under construction in Yokkaichi, Japan, the home of next generation 3D flash memory production; and a new flash wafer fabrication plant constructed in Iwate, Japan.

The two joint ventures were extended to 2028 and 2030, according to the announcement.

Toshiba, its memory unit and Western Digital have agreed to withdraw all pending litigation and arbitration actions regarding the flash-memory business sale.

A key aspect of the deal requires Western Digital and its SanDisk subsidiary to consent to the transfer of Toshiba’s assets in the joint ventures to TMC and the sale of the business to K.K. Pangea, a holding company owned by certain members of the Bain-led consortium.

Western Digital earlies this year re-designates its corporate headquarters to Silicon Valley from Irvine. It has been a joint partner in Toshiba’s flash memory business for more than a decade.

The transaction still must overcome stiff regulatory hurdles across the globe.