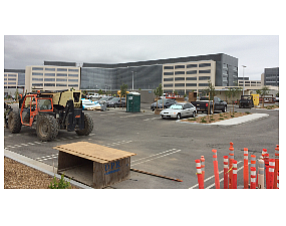 Singapore-based Broadcom Ltd., which operates a major hub in Irvine, closed the books on its fiscal year with sizeable gains in revenue and net income.

The chipmaker, which is in the midst of repatriating its headquarters to San Jose, posted sales in the 12 months ended September of $17.3 billion, up 33% from the same period a year earlier.

The chipmaker also boosted its quarterly cash dividend to $1.75 per share, vs. $1.02 per share in the prior quarter.

The company in November completed a $6 billion buy of Brocade Communications Systems Inc. in San Jose, roughly a year after it was announced. The deal had been under scrutiny by the Committee on Foreign Investment in the U.S., which held up the sale three times.

Tan and Broadcom ended the year with a hostile bid of $103 billion for San Diego-based Qualcomm Corp., a longtime rival. Qualcomm’s board unanimously voted against the sale, setting the stage for a pending Broadcom board fight.

Broadcom Ltd. had been known as Avago Technologies Ltd. prior to its $37 billion blockbuster deal for Irvine-based Broadcom Corp. that finalized in early 2016.

The company has shed about a third of its local operation in Irvine since the Broadcom Corp. sale, cutting more than 750 jobs and divesting at least two business lines that were led from OC.