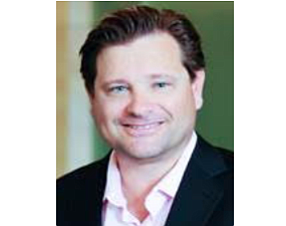 MVE & Partners Inc., the fourth-largest architecture firm in Orange County, announced that President Rick Emsiek will step down as president and be replaced by Matthew McLarand, son of legendary founder Carl McLarand.

Emsiek, who’s been at the firm for 33 years, including 13 as president, will remain a member of the board of directors, and maintain consulting and business-development roles.

He and the founder have explored a variety of ideas for the future of Irvine-based MVE and how to pass the ownership to the next generation, Carl McLarand said in a statement.

“The firm has a significant backlog of work and we have put operational controls in place over a number of years that will continue to provide stability to the incoming administration,” said McLarand, who’ll remain chief executive and chairman.

Carl McLarand, who founded MVE in 1974, has designed some of Southern California’s most iconic projects, such as the Water Garden, a 1.2-million-square-foot office that’s the largest-ever approved by the city of Santa Monica.

The firm has worked closely with the Newport Beach-based Irvine Co. to design well-known buildings, like the Westview apartment complex along the San Diego (I-405) freeway next to the Irvine Spectrum, and the Villas apartments adjacent to Newport Beach’s Fashion Island shopping center.