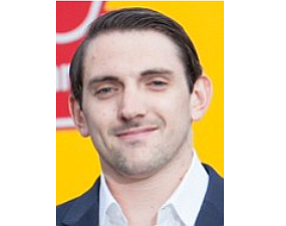 The Irvine-based company operates Wienerschnitzel, Tastee-Freez and Hamburger Stand franchises. J.R. Galardi is the son of the late founder John Galardi and Cindy Galardi Culpepper, who serves as chief executive.

“My father built this company from the ground up and my goal is to continue the legacy we all love,” J.R. Galardi said in a statement.

He was named the group’s executive vice president late last year. His previous roles with the company included work in branding, administration, and expanding its digital marketing, sports and event sponsorship, and philanthropy. J.R. Galardi will continue providing “primary marketing support” for the company’s brands, along with assuming new duties—growing the same-store sales and building the franchise store network.

“Unlike some sons and daughters who inherit the family business, J.R. insisted on learning every facet of the Wienerschnitzel business from the ground up,” Galardi Culpepper said in statement. “It’s not an exaggeration to say that we’ve been planning for this since his first shift as a fry cook at the age of 13.”

The group operates or franchises 331 Wienerschnitzel restaurants in 10 states and Guam, as well as 13 Hamburger Stand units in five states and 23 Tastee-Freez units in 12 states.