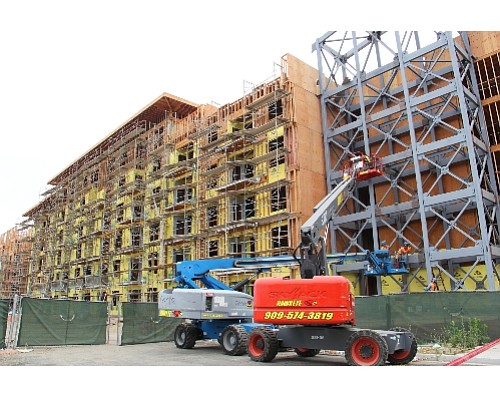 Platinum Triangle project: construction jobs gain in a down month

Government jobs had the steepest cut since June with a decline of 11,700. Services related to professions, business, education, and health lost a combined 3,000 jobs.

Seven sectors reported gains, with construction getting the lion’s share of that: 3,600 jobs. Nearly all of those jobs were in specialty trade work.

Construction also had the highest 12-month gain, adding 6,200 jobs—more than half of the total nonfarm job gains for the year.

Leisure and hospitality added 3,700 jobs in the last year, while manufacturing jobs declined 3,300 in the same period.