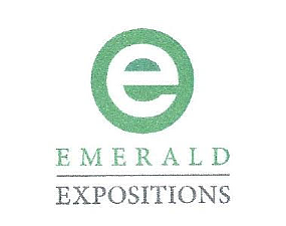 Shares of Emerald Expositions Events Inc. are down 4% to $21 and a market value of about $1.52 billion after the San Juan Capistrano-based trade show operator posted revenue for the June quarter below Wall Street expectations.

Emerald’s sales added up to $74 million, up 16% compared to $65 million year-over-year. Organic growth accounted for 4.6% of the increase, and the $16 million acquisition of the SIA Snow Show contributed the rest. Analysts had anticipated revenue of about $75.5 million.

Emerald’s income—adjusted for “professional fees associated with debt refinancing” and other factors—was $12.8 million, or 18 cents per diluted share. Analysts had expected 17 cents per share. Without adjustments, it posted a net loss of about $5.8 million, or 8 cents per diluted share, “partly reflecting costs incurred in the planned relocation of the Outdoor Retailer show in 2018” and “$6.1 million of charges related to the refinancing of the company’s credit facility after our initial public offering.”

The company said it anticipates full-year revenue growth of 7.5% to 9.5%, or $348 million to $355 million. Toronto-based private equity firm Onex Corp. purchased Emerald in 2013 from Nielsen Holdings NV for $950 million and remains a majority shareholder. The IPO cut Emerald’s debt by $159.2 million.