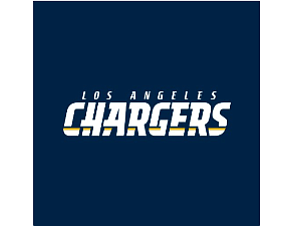 The Chargers took-up headquarters in Costa Mesa when the team moved from San Diego to L.A. in January.

The agreements are expected to produce 400 hours of programming annually across the four stations; the work is set under the team’s slogan, “Fight For LA.”

KABC-TV (ABC7) is the West Coast flagship of the ABC television network.

iHeartMedia Los Angeles will air all preseason, regular season and postseason Chargers games on KFI AM-640. The company’s eight radio stations will support the effort with year-round programming and promotional content, including a weekly Chargers series that will air on AM 570 LA Sports during the season.

KAZA-TV Azteca America 54 will serve as the Chargers Spanish-language television station. Chargers’ content is set to include televising all preseason games available to air in Southern California, pre- and post-game shows for the preseason games, a weekly Chargers series during the season and Chargers news during the year.

KFWB 980 AM, housed under the auspices of Los Angeles-based Lotus Communications Corp., will be the team’s Spanish-language radio station. KFWB will broadcast all preseason, regular season and postseason Chargers games, including pre- and post-game shows. The station will also air a weekly Chargers series during the season.