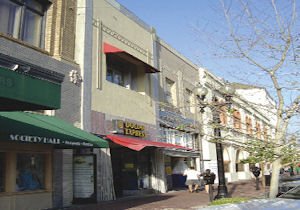 The American Planning Association has named downtown Santa Ana as one of five “Great Neighborhoods” on its annual Great Places in America list.

The formal national designation from the association will come on Oct. 20 at an event at the Frida Cinema.

The Great Places in America program, as part of National Community Planning Month in October, recognizes streets, neighborhoods and public spaces in the U.S. that demonstrate “exceptional character, quality, and planning - attributes that enrich communities, facilitate economic growth, and inspire others around the country.”

The Great Neighborhoods, Great Streets, and Great Public Spaces of 2016 are places that are “unique and exemplary in their amenities and infrastructure, cultural identity, and use of sustainable and innovative practices,” according to the association.

Longtime residents of downtown Santa Ana are committed to creating a “tight-knit, thriving community that celebrates diversity through festivals and public celebrations,” according to the city. Santa Ana is the fourth-densest, large city in the United States, according to the association.