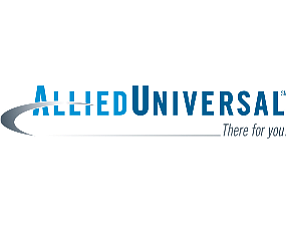 AlliedUniversal provides janitorial and security services to property owners and institutions throughout the U.S. The company was formed after the merger in August of Universal Services of America in Santa Ana and AlliedBarton Security Services in Conshohocken, Pa.

It’s AlliedUniversal’s second acquisition this year as a merged company. It acquired Apollo International, which reported revenue of $88 million and has 3,400 employees, in Walpole, Mass. in September.

Its annual revenue when the two acquisitions are included is about $5 billion. It employs 5,000 locally and 160,000 companywide.