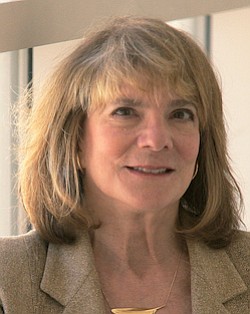 Elizabeth Loftus, distinguished professor of social ecology in the department of psychology and social behavior at the University of California-Irvine, was awarded the international John Maddox Prize for Standing up for Science in London.

The prize is awarded for courage in promoting science and evidence on a matter of public interest, despite facing difficulty and hostility in doing so. It comes with an award of approximately $2,500.

Loftus is known for her groundbreaking work on the “misinformation effect,” in which the memories of eyewitnesses are altered by exposure to incorrect information about events. She was also honored for her pioneering research on the creation and nature of false memories.

The Maddox Prize is a joint initiative of the international scientific journal Nature, the Kohn Foundation, and the charity Sense about Science.

“Standing up for psychological science in general and research on memory in particular has brought a good deal of antagonism my way,” Loftus said. “Receiving this award helps to erase the pain of insults, death threats and lawsuits. And I love the idea that my CV will forever contain the name of the late Sir John Maddox, respected by all for his tireless defense of science.”