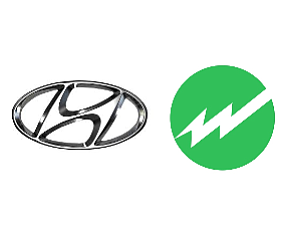 Hyundai Motor America Inc. will place 150 of its IONIQ EVs in the WaiveCar car-sharing fleet in Los Angeles with an option for 250 more cars in additional cities.

The IONIQ is an electric vehicle from the Fountain Valley-based carmaker set to debut in January 2017.

WaiveCar in Santa Ana launched its app-based car-sharing in L.A. County in January 2016. Drivers rent electric, emission-free cars for temporary use; cars are free for two hours and $6 an hour after that.

WaiveCar received $1.5 million in seed funding when it launched in January, according to Crunchbase.

“WaiveCar presents some great solutions for us,” Mark Dipko, director of corporate planning and strategy at Hyundai, said in a statement. “The IONIQ offers emissions-free transportation to on-the-go Angelenos [and] allows us to reach potential customers [with a] test drive ... while generating awareness for the IONIQ brand.”

Hyundai also said it plans to sell its IONIQ EV via a “negotiation-free, single-payment method” under which buyers choose and get financing for a vehicle online and pick-up the car at a dealer location.