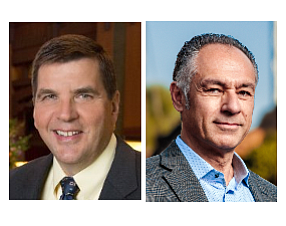 Storbeck reports to Kaprelyan, who oversees three parks in California, including Knott’s, and one in Canada.

Storbeck worked for Disneyland Resort in Anaheim for 32 years, most recently as vice president over the three Orange County hotels it runs and Downtown Disney retail operations.

His duties at Knott’s include the park’s retail marketplace and hotel, as well as Knott’s Soak City water park.

His Disney experience, “make(s) him particularly well-qualified for this role.” Kaprelyan said.

Storbeck left Disneyland in December as part of senior management changes at the resort, which included two new executives from other parts of Burbank-based Walt Disney Co. and the creation of a senior vice president role for Mary Niven, reporting directly to Disneyland Resort President Michael Colglazier.

Cedar Fair Chief Executive Matthew Ouimet was president of the Disneyland Resort from 2003 to 2006. Storbeck during that tenure was named a vice president at the resort, over security and emergency services, according to his LinkedIn profile.