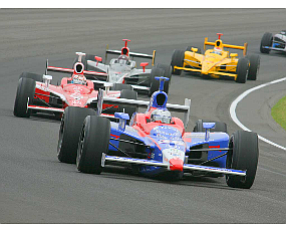 “While Genesis sedan and our all-new Tucson CUV had their best-ever April sales, we are still seeing softness in car sales, which was the headwind our Sonata and Elantra sedans faced,” Derrick Hatami, vice president of national sales for Hyundai, said in a statement.

U.S. auto dealers overall have sold 5.59 million vehicles so far this year, a 3.4% increase compared with the same four months in 2015.

New retail registrations in Orange County meanwhile were up 1.3% in the first quarter of this year to 47,323 vehicles, according to the Orange County Automobile Dealers Association in Newport Beach. Car sales were down 5.4% compared to the year-ago period while light truck numbers were up 10.8%

The “Detroit Three” automakers—GM, Ford, and Chrysler—posted the biggest increase: up 7.5% to 10,558 vehicles sold in the county, while Japan-based manufacturers had the biggest share of sales volume—23,460 vehicles.

South Korean brands posted a 4.4% dip with 4,418 registrations, while European automakers were down 1.4% with 8,887 vehicles sold here.