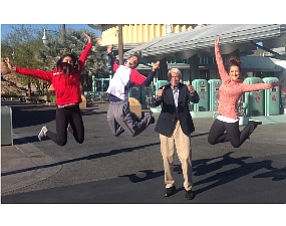 The Honda Center in Anaheim will host the 2017 P&G Gymnastics Championships and a meeting and trade show related to the event.

The competition—slated for Aug. 17-20—is a marquee event in the selection process for the men’s and women’s national teams to compete in upcoming world championships.

The USA Gymnastics National Congress and Trade Show will be held at the Anaheim Convention Center from Aug. 16-19, 2017.

The stadium has been home to the Anaheim Ducks since its inaugural season in 1993.