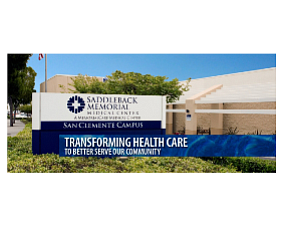 MemorialCare had announced plans in August 2014 to convert the hospital, which it’s owned since 2005, to an ambulatory healthcare campus. The campus would have included advanced urgent care, several outpatient programs, and space for doctors but no emergency care.

MemorialCare later worked with state lawmakers on a bill that would have allowed operation of a satellite emergency department on the campus. That bill, however, failed in January to get enough votes to continue toward passage.

MemorialCare said in announcing the closure that a declining census—daily patient volumes had dropped to the low teens and “many days in the single digits”—made operation of an acute-care hospital unsustainable.

"Twelve thousand people signed petitions to save the hospital, four city councils have voted the same way, MemorialCare themselves said they wanted to maintain emergency services, yet they will close our only hospital costing lives, health care and jobs in our community,” Gialamas said, adding that the foundation has asked federal, state and county officials to "bring the stakeholders together to discuss a possible sale and transition" for the campus.