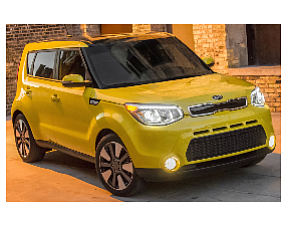 Only one of four Orange County-based automakers exceeded the national sales pace for new vehicles in February, according to New Jersey-based market researcher Autodata Corp.

Two other OC-based brands trailed the national pace of sales increases while another posted a decline from a year earlier.

Hyundai Motor America in Fountain Valley, with 53,009 units sold, was up 1%. Sales of the South Korea-based Hyundai Motor Co. subsidiary have increased 1% so far this year to 98,020 cars and SUVs.

U.S. auto dealers overall have sold 2.49 million vehicles so far this year, a 3.5% increase compared with the same two months in 2015.