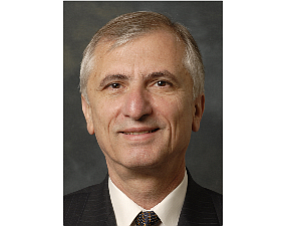 Chapman University appointed Raymond Sfeir as the new director of the A. Gary Anderson Center for Economic Research, effective immediately.

Sfeir replaces Esmael “Essie” Adibi, who died of complications of a stroke in April. Adibi had served as the center’s director since it was founded in 1979.

“I know that Raymond is the person that Essie would want to carry out his legacy,” Chapman President Jim Doti said in a statement.

“Raymond is fully ready for this new challenge,” said Reginald Gilyard, dean of the Argyros School. “He is respected and admired by students and colleagues alike, and his appointment gives us confidence that the Anderson Center will continue to be a national leader in econometric research and forecasting.”

Sfeir earned his Ph.D. in economics from the University of California-Santa Barbara. His appointment was announced on the same day the Anderson Center released its 38th annual Economic Forecast Update.