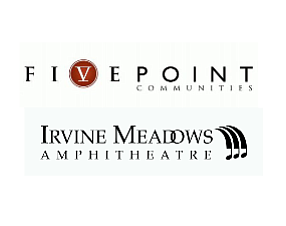 FivePoint Holdings in Aliso Viejo said it will sponsor the final concert series at Irvine Meadows Amphitheater and is also exploring building a similar venue on the south end of the Orange County Great Park in Irvine.

“Few places can match Orange County on a summer night to enjoy a live performance and we are delighted to help make the final season at Irvine Meadows the most memorable yet,” FivePoint Chief Executive Emile Haddad said in a statement.

“For the past 35 years, Irvine Meadows has hosted generations of diverse fans that reflect the energy and creativity of Orange County. FivePoint is honored to support that tradition and we are eager to help keep it alive,” he said.

The developer, which has plans to build nearly 9,500 homes on a portion of the former El Toro Marine base in Irvine, and is helping the city develop an additional 688 acres of the Great Park into a variety of recreational uses, said it committed $2 million toward the study and planning of “facilities within the cultural terrace” portion of the city-owned land, including an amphitheater located near the Irvine Transportation Center.

Irvine Meadows, which opened in 1981, will shutter in October to make way for an Irvine Company residential development. It has hosted Michael Jackson, David Bowie, Jimmy Buffett, KROQ’s Weenie Roast, and the Pacific Symphony Orchestra among others during its 35-season run.