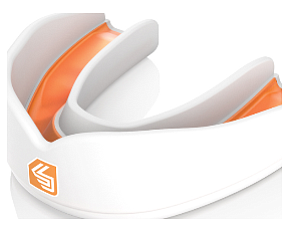 The brand plans to develop league and team-specific mouthguard retail lines as part of the multiyear partnership, and work with the leagues to promote the benefits of wearing the protective gear while playing basketball at all levels.

“We place great importance across all our brands on providing the best on-court protection so basketball players of all levels can stay healthy and stay in the game,” said Chief Executive Tony Armand. “Our partnership with the NBA allows us to continue to speak to our key audience—passionate and devoted athletes who know they need the best protective equipment to stay safe on the court.”

Professional leagues don’t require basketball players to wear mouthguards but about 50% of them do, Armand said, adding that usage drops down to 10% for youth basketball.

United Sports Brands, which is majority-owned by New York-based private equity firm Bregal Partners, has a product lineup that ranges from mouth guards to gloves, and it brings in an estimated $200 million in annual revenue. It moved to Orange County from the Midwest at the beginning of the year after it purchased Philadelphia-based Nathan Sports in November for an undisclosed sum.