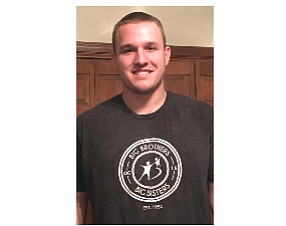 Big Brothers Big Sisters of Orange County and the Inland Empire now have an angel on their team.

Mike Trout, the All-Star center fielder for the Los Angeles Angels of Anaheim, will become an ambassador for the local chapter of the organization, which provides children with one-on-one mentoring connections.

Trout will support the local organization to help recruit more volunteers for boys without a male mentor, according to Melissa Beck, chief executive of the local chapter. He’s expected to participate in marketing and fundraisers as part of his duties.

This relationship with Trout marks a significant extension of the local chapter’s activities with the Angels. The non-profit has been a long-term grant recipient of the Angels Baseball Foundation.