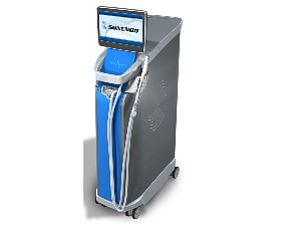 Sonendo Inc. in Laguna Hills received $35 million in an extension of a Series D funding round that brings the privately held dental device maker’s total funding to more than $100 million.

The company makes and markets a system that uses a liquid solution and sound waves to cleanse the inside of teeth as an alternative to traditional root canal procedures and follow-up treatments.

The most recent round was led by new investor DiNovA Capital in Shenzhen, China. Participant CVF LLC, the venture capital arm of Henry Crown & Co. in Chicago, was also a new investor.

Five previous investors in Sonendo also participated: Fjord Ventures LLC in Laguna Hills; Meritech Capital Partners in Palo Alto; OrbiMed Advisors LLC in New York; SEB Private Equity in Stockholm; and Neomed Management AS, which is based on the island of Jersey and keeps operational offices in Oslo.

Fjord and Sonendo were founded by local investor Olav Bergheim, who’s on Sonendo’s board; Fjord also was an investor in Glaukos Corp., which went public last year and is in the process of moving its headquarters from Laguna Hills to San Clemente.