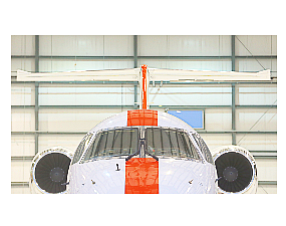 The company began scheduled, public charter flights from Hollywood Burbank Airport in April and from McClellan–Palomar Airport in Carlsbad in October.

It plans to add scheduled charter flights from John Wayne Airport in January.

JetSuiteX is owned by JetSuite, a charter airline based across the street from JWA; JetSuite already flies charters out of Santa Monica.