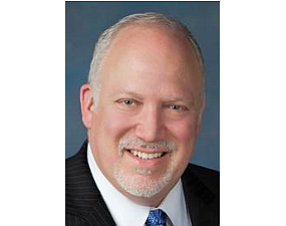 Winston’s duties will include “branding, advertising, public relations, social media, event marketing, philanthropic outreach and team development within the Lugano organization.” He also will oversee new markets for the luxury brand and “development of strategic partnerships” to “build global recognition.”

Winston has served as Lugano’s vice president of sales and marketing since 2007. He was flagship store director for Donna Karan Collection in New York from 2005 to 2006, and prior to that held general manager positions at Salvatore Ferragamo and Donna Karan stores in Costa Mesa.

“Stuart has been instrumental in the marketing, branding and retail success of Lugano Diamonds for the last nine years. His strategic vision and execution on that vision has strengthened Lugano Diamonds’ position as an industry leader,” President and Design Director Moti Ferder said in a statement. “Stuart’s leadership skills are well-suited to lead Lugano as we continue to grow in the national arena.”

Lugano, founded in 1974, opened its first retail location in Newport Beach in 2005 and a jewelry salon at Montage Laguna Beach in 2013.