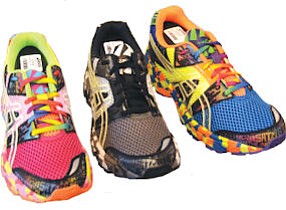 ASICS America Corp.’s sales in the first half of its fiscal 2016 declined 17.3% compared to same period last year, according to its parent, Japan-based Asics Corp.

The Irvine-based footwear and apparel company, which oversees markets in North America and Brazil, posted $581.6 million in revenue from Jan. 1 to June 30, down from the $703 million it had a year earlier. Its operating income dipped 84% to $7 million.

ASICS cited the “effect of changes in the retail market and intensifying competition in the U.S.,” and “recording of allowance for doubtful receivables, despite efforts to reduce advertising expenses and other expenses” as factors influencing its bottom line.

The running products category was down 16.2%; training shoes and apparel dipped 33%; “core performance sports,” which includes volleyball and tennis shoes and apparel, decreased 22.9%; and its lifestyle footwear—Onitsuka Tiger and ASICS Tiger—were down 3.6%.