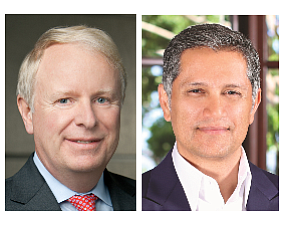 David Pyott and Joe Kiani were part of a $13M Series A funding round for Bioniz Therapeutics Inc. in Irvine and both joined its board, with Pyott being named chairman.

Pyott co-led the round with the corporate venture arm of Japan-based Takeda Pharmaceuticals Co. Ltd. Participation in the funding came from Kiani, and Cota Capital and Signatures Capital, both in San Francisco.

Signatures had also provided $600,000 in seed capital to Bioniz in 2013, according to CrunchBase.

Bioniz is developing drugs to treat cancer and autoimmune diseases and said the $13 million in new funding will allow it to further advance its pipeline.