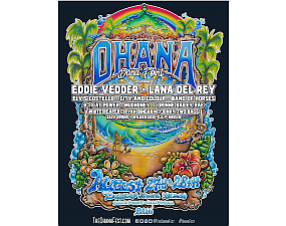 VIP passes, which include some food and access to special areas, are $500, plus fees.

Organizers said part of the proceeds go to San Onofre Parks Foundation and surfer Kelly Slater will have a surf and ocean exhibit at the festival.

The show is produced by Live Nation and SGE.