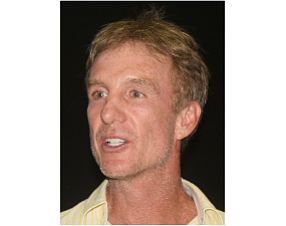 Irvine-based True Drinks Holdings Inc. has drawn an additional $3 million investment from Vinny Smith and hired a local bottler to handle its signature AquaBall product, a flavored water with no sugar.

True Drinks will pay Niagara $6.35 per case for an annual cost of $20.3 million, a regulatory filing said.

True Drinks said the new deal allows for a lighter bottle and the removal of all preservatives from its product—both of which are expected to improve the public perception of the brand.

Niagara bottles water and other drinks under its own name and other brands.

True Drinks trades on the OTC bulletin board; its shares closed at 20 cents today for a $21 million market cap.

Smith is a serial entrepreneur and perennial member of the Business Journal’s OC’s Wealthiest list, with an estimated net worth of $1.5 billion.

Smith invested $9.7 million in True Drinks since March and now owns about 37% of the company, excluding warrants to buy 17.5 million not-yet issued shares for 18.8 cents apiece, that would bring his equity to about 43%.

He also put up a personal guaranty of $10 million to secure the new bottling deal and cover amounts owed if True Drinks were to cancel the agreement.

True Drinks had annual revenue of $4.7 million and a net loss of $8.6 million through December 2014.