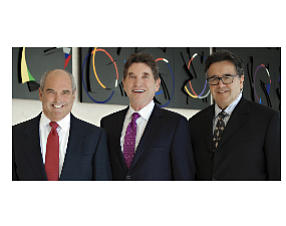 Eric Prevette and Carlos Lopes, managing directors of both companies, brought on Murray Holland, previously with an investment banking firm in Dallas, to start Karas.

The new company wants to buy four-star hotels or higher with 150 to 300 rooms and sell for $25 million or more, Prevette said.

He said Karas is looking in major markets like Los Angeles, Miami and New York City, but also in smaller, boutique locations that include Nashville, Tenn., and Charleston, S.C.

Prevette was president of Irvine Co.’s resort properties division from 2001 to 2007 and oversaw the rebranding of the Island Hotel from its prior status as a Four Seasons, and the early development of the Resort at Pelican Hill, a Karas spokesperson said.

Prevette and Lopes have also been involved in running the Hotel Bel-Air in Los Angeles and resorts on Mexico’s western coast. Unique Hotels operates Cap Juluca, a resort on the island of Anguilla in the British West Indies.

The Unique name will be folded into Karas and properties the new company buys will take the Karas name, which is taken from the Greek word for charm, the spokesperson said.