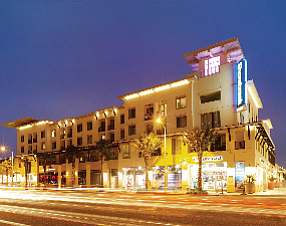 DiamondRock brought on Kimpton to manage the hotel, which was managed prior to the sale by Joie de Vivre Hotels, also in San Francisco.

The Shorebreak is part of the Strand mixed-use development across from the Huntington Beach Pier at Fifth Street and Pacific Coast Highway. The 97,000-square-foot retail part of the Strand was also sold this year, to Dallas-based Cypress Equities for an estimated $64 million.

Los Angeles-based real estate investor and developer CIM Group opened the Strand in 2008. The 3.5-acre mixed-use project was developed for a reported $90 million.

The retail portion and the hotel were first listed for sale in 2012.