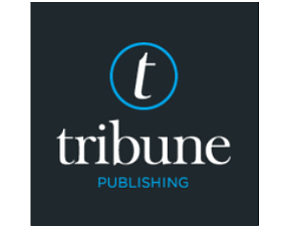 Tribune Publishing, which spun off from Chicago-based Tribune Media last year, owns the Los Angeles Times and San Diego Union-Tribune along with eight other daily newspapers around the U.S.

Mount Flag’s Chief Executive Tim Tianwei Zhang and President Jordan Spiegel “intend to engage in discussions with (Tribune’s) management [and] the board of directors … concerning [Tribune's] business, operations, board composition—including our interest in joining the board—management, strategy and future plans,” according to the SEC filing. Mount Flag also said it plans to continue acquiring shares of Tribune “depending on market indicators and the business performance of the company.”

Zhang served from 2012 to 2014 as a chief operating officer and acting chief executive of China Merchants Capital Investment Ltd., a private equity firm in Hong Kong with $4.2 billion in assets under management.

He also was a chairman of J.P. Morgan Venture Capital Investment Co. Ltd. in China from 2009 to 2011, and managing director and head of China, global special opportunities group for J.P. Morgan Securities Ltd. from 2007 to 2011. In that role he managed financial services company’s principal investments in greater China region.

Spiegel is a managing partner at Spiegel Partners LLC, a "private equity sponsor" in Dana Point. He was a founding partner of GESD Capital Partners in San Francisco, executive vice president of Laffer Associates in Nashville, and a securities analyst with Crowell, Weedon & Co. in Los Angeles.