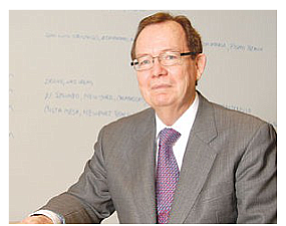 A new state-chartered bank has been approved to be established in Orange County.

The California Department of Business Oversight today approved the application of Core Commercial Bank, which will be headquartered at 4490 Von Karman Ave. in Newport Beach.

Core Commercial is the first new bank in California and the third in the U.S. since the financial crisis.

Certain conditions put on the approval by the Department of Business Oversight, or DBO, include a minimum initial equity capital of $25 million. The bank also must maintain a ratio of tangible shareholder equity to total tangible assets of at least 8% for the first three years in operation, and any changes before the bank’s opening to the proposed management, board of directors or ownership must be approved by the department.

“Separate from the DBO conditions, the proposed bank cannot open for business until the Federal Deposit Insurance Corp. approves insurance coverage for the bank,” said a statement by the DBO.

No details on the executive ranks are available. DBO documents indicate Core Commercial has ties to Carpenter & Co., an Irvine-based bank advisory and private equity firm headed by Edward Carpenter.