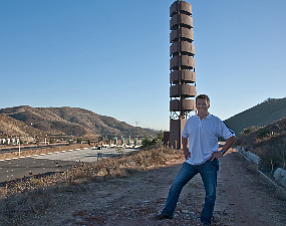 Newport Beach’s Mobilitie LLC said that it had raised $325 million to fund the deployment of its wireless infrastructure projects.

The debt funding was led by CIT Bank and TD Securities, according to the company.

The money will be used to fund the roll-out of the company’s distributed antenna systems, small cell, communication tower and Wi-Fi business investments, Mobilitie said in a statement.

Mobilitie has become a leader in the installation of distributed antenna systems, or DAS, permanent antenna systems that can be placed in a variety of indoor and outdoor venues to provide better cellphone and wireless connections for guests.

Venues using the company’s DAS technology include Churchill Downs in Kentucky, the casinos of Las Vegas-based MGM Resorts International, and the Honda Center in Anaheim, among other locations.

It’s also one of the largest owners of cellphone towers in the U.S.

“We’re driving the country’s most important infrastructure projects, and deploying more venue infrastructure and new outdoor macro networks than any other firm,” Christos Karmis, president of Mobilitie, said in a statement.

The funding is the largest announced by the privately-held company in two years, when it secured a $100 million investment from Shamrock Capital Growth Fund.