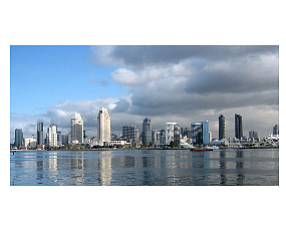 Chicago-based Tribune Publishing Co., the parent of the Los Angeles Times, said it entered into agreement to buy U-T San Diego for $85 million in a cash-and-stock deal.

The deal calls for $73 million in cash, $12 million in Tribune Publishing stock, and the assumption of U-T San Diego's pension liabilities by the new owner.

The Times also would get nine community weeklies but not any real estate assets.

The sale to Tribune is expected to close in a month.

The Times reported other potential acquisition targets in the Southern California region include the Orange County Register and the Los Angeles News Group.