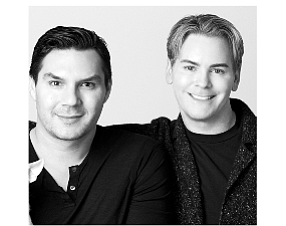 Estée Lauder Cos. has surfaced among the bidders for Too Faced Cosmetics LLC in Irvine, according to Women’s Wear Daily.

The New York-based skincare giant is reportedly one of several companies in a round of bidding that is nearing $500 million.

Privately held Too Faced had an estimated $150 million in annual sales at major retailers, including Macy’s, Sephora USA Inc. and Ulta Salon Cosmetics.

Creative Director Jerrod Blandino and Chief Executive Jeremy Johnson cofounded the brand in 1998. Johnson worked at Estée Lauder prior to cofounding Too Faced.

The duo sold a majority stake to Weston Presidio in San Francisco in 2012 for $71.3 million, using a portion of the funds to expand their operations internationally, online and with their retail partners. The brand was sold at 1,200 stores nationwide at the time, and has since widened its reach to about 2,250 locations in the U.S. and 750 overseas.

Too Faced is lauded as one of the few large independent brands that connects well with Millennials.

Another in a strong position with younger customers is Urban Decay Cosmetics LLC in Newport Beach, which was sold by private equity firm Castanea Partners to L’Oréal SA in 2012 in a deal estimated at $350 million.

Too Faced seems keen on staying in Orange County.

It recently signed a 104-month lease for a 31,615-square-foot space at 18231 W. McDurmott, a two-story building near the intersection of the San Diego (405) and Costa Mesa (55) freeways. The new place is nearly triple the size of its existing headquarters, which is about two miles away on Armstrong Avenue.

The brand, which has about 60 employees in Irvine, hired Piper Jaffray & Co. in November to pursue a sale of the 17-year-old company.