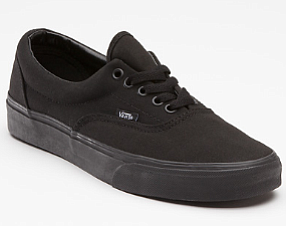 Vans Inc. revenue was up 8% for the first quarter ended April 4, according to its parent, Greenboro, N.C.-based VF Corp., whose revenue also rose.

Vans’ Americas region was up in the “mid-teens,” led by footwear, while its Asia Pacific region increased more than 45%, “due to smart localized products, especially in apparel ...events that speaks to the authenticity of our brand, and a really sharp presentation at retail,” Karl Heinz Salzburger, VF’s group president, international, said during an earnings call Friday.

The skate brand’s revenue declined in the “low double-digits” in Europe.

VF said it expects “a mid-teen, currency-neutral percentage rate increase in revenues” for Vans in 2015.

The parent company reported a companywide 2% revenue increase to $2.83 billion for the first quarter. Its net profit was $288.7 million, down 3% from the $297.1 million it reported a year earlier.

VF has a market value of about $30.2 billion. Its portfolio of outdoor apparel brands includes The North Face, Timberland, Kipling, Jansport, Reef, and Eastpak. It offers denim under the Wrangler, Lee, Riders and Rock & Republic names. Its premium lifestyle apparel labels include 7 For All Mankind, Splendid and Ella Moss.