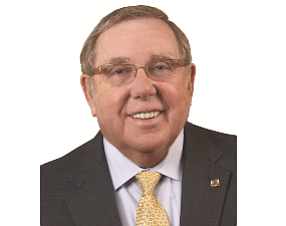 Joel Moskowitz, cofounder of Costa Mesa-based Ceradyne Inc., has died, according to a report in the Los Angeles Times.

The company is best known for crafting body armor and other products that have helped protect U.S. soldiers from the Vietnam War to more recent battles in Afghanistan and Iraq.

The body armor inserts weighed less than a third of the steel plates they replaced.

Ceradyne also made parts for everything from diesel engines and missiles to orthodontic braces.

The 3M division ranked No. 16 in the most recent Business Journal list of aerospace & defense contractors with offices in Orange County, with about 400 employees here.

Moskowitz and his wife Ann lived in Corona del Mar; he was 75.