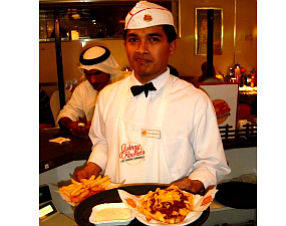 Aliso Viejo-based Johnny Rockets said HDS Polska Group in Warsaw plans to open 10 Johnny Rockets over the next 10 years in Poland, a new market for the retro burger chain.

Polska runs 800 restaurants and convenience stores in the country. It’s a division of Paris-based Lagardere Services, which operates restaurants, duty-free shops, and retail stores in airports and railway stations in 29 countries.

The first Johnny Rockets under the new agreement is expected to open next year in Warsaw.

The deal paves “the way for future growth in Europe,” said James Walker, president of operations and development.

The company had said as early as 2012 it wanted to expand in Poland and the rest of Europe. Its website lists one site in Europe, in Ramstein, Germany.

About 125 Johnny Rockets are in 26 foreign countries.