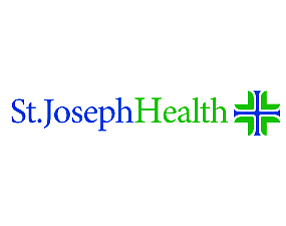 Irvine-based St. Joseph Health System is near a deal for an affiliation with Providence Health & Services, which has extensive operations in Los Angeles County among other markets in the western U.S.

St. Joseph Health operates 16 hospitals in California, Texas and New Mexico, including St. Joseph Hospital-Orange, St. Jude Medical Center in Fullerton and Mission Hospital, which has campuses in Mission Viejo and Laguna Beach. It also has a partnership with Newport Beach-based Hoag Memorial Hospital Presbyterian under the banner of St. Joseph Hoag Health.

St. Joseph Health on its own is one of several healthcare systems with a sizeable presence in Orange County. Other major providers are Hoag, Fountain Valley-based MemorialCare Health System, and Kaiser Permanente, which runs its local operations from a hub in Anaheim, which.

Renton, Wash.-based Providence Health & Services is a not-for-profit organization with 34 hospitals, 475 clinics, 22 long-term care facilities, 19 hospice and home health programs and 693 supportive housing units in 14 markets spread over California, Oregon, Washington, Montana and Alaska. It also operates a health plan with more than 400,000 members, including its own workers and other members of large employer groups.

Providence's operations in Southern California currently include nearly a dozen hospitals, clinics and other facilities spread over the San Fernando Valley, Santa Monica and the Westside and South Bay sections of the Greater Los Angeles area. It also operates the John Wayne Cancer Institute in Santa Monica, and Providence High School in Burbank.

Vita Reed contributed to this story.