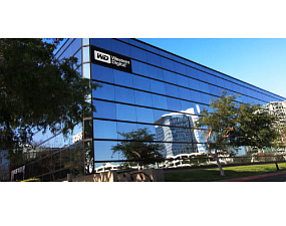 Shares rose about 10% in midday trading to a market value of about $20 billion.

The world’s largest disk drive maker posted sales of $3.2 billion in the recently ended quarter, down 12.6% from a year earlier.

Analysts on average had forecasted revenue of $3.25 billion.

The company said it sold 48.5 million hard-drive units, down from the 54.5 million units shipped in the March quarter.

Western Digital shipped 228.7 million hard drives in the 12 months through June, down from 249.2 million in the same period a year earlier.