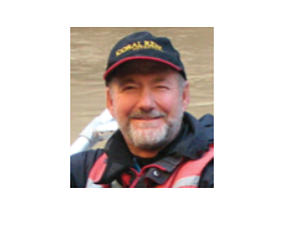 About 275 people turned out for today’s luncheon at the Hotel Irvine to celebrate five honorees of the Business Journal’s 16th annual Family Owned Business Awards.

Greg MacGillivray, producer, director and documentary filmmaker at MacGillivray Freeman Films, delivered the keynote address, sharing photographs and video of his travels in filmmaking, including trips to Mount Everest and the remote islands of West Papua.

This year’s award winners covered a broad range of industries and family backgrounds in the following business categories:

Each honoree will be profiled in the Business Journal’s Aug. 10 print edition

MacGillivray in his keynote speech talked about the joys of running a family-owned business.

“My wife and kids work with me at our business every day,” MacGillivray said. “I don’t think I could have done that anywhere else in the world besides Orange County.”

The MacGillivrays live in Laguna Beach, where the company is based.

MacGillivray is a giant-screen documentary filmmaker who has produced and directed many successful films shown in IMAX theatres, including the box-office hit Everest and the Academy Award-nominated films The Living Sea and Dolphins. He is the first documentary filmmaker to reach the $1 billion benchmark in worldwide box office ticket sales.