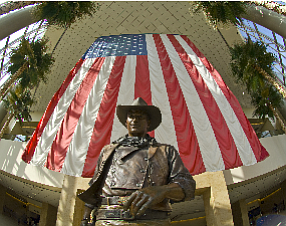 John Wayne Airport had an 8% year-over-year hike in international travelers in June, its first monthly increase of the year.

The airport’s year-to-year declines in international traffic ranged from drops of 5% to 35% in each of the first five months of 2015.

Southwest Airlines began flying to Puerto Vallarta on June 7, which accounted for some of the 8% increase. It was already flying to Cabo San Lucas/Los Cabos.

About 72% of all John Wayne Airport passengers flew the three carriers.