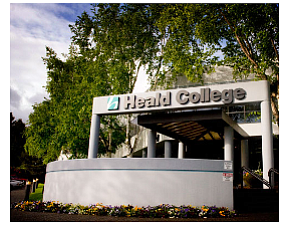 Santa Ana-based Corinthian Colleges Inc. wants to sell some of its Heald College intellectual property for $80,000, according to Dow Jones.

The school’s name, several Internet domains, and its motto—“Get In. Get Out. Get Ahead”—were put up for sale in May when Corinthian, the now-defunct for-profit schools operator, filed for bankruptcy.

It closed Heald’s 12 campuses in California and Hawaii in April in a move that concluded Corinthian’s year-long process of selling or closing campuses.

Corinthian said it had marketed the Heald assets to 160 potential buyers and the final suitor is a company called Perry Enterprises, Dow Jones said.

Corinthian paid $395 million for Heald in 2010, according to reports.