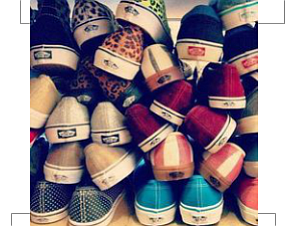 Vans Inc. revenue was up 17% for the second quarter, which ended July 4, according to its parent, Greenboro, N.C.-based VF Corp.

VF said Vans’ own retail and ecommerce sales were up 21% and its wholesale business rose 15%. Revenue in the Americas region was up more than 20% on a currency-neutral basis, while the Asia Pacific region increased more than 30%. The skate brand’s revenue was “up at the mid-teen percentage rate” in Europe.

The parent company reported a companywide 5% revenue increase to $2.51 billion for the second quarter. Its net profit was $170.8 million, up 8% from the $157.6 million it reported a year earlier.

VF has a market value of about $31.5 billion. It offers denim under the Wrangler, Lee, Riders and Rock & Republic names. Its premium lifestyle apparel labels include 7 For All Mankind, Splendid and Ella Moss.