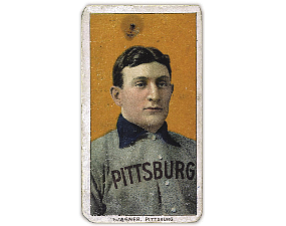 Laguna Niguel-based SCP Auctions has been named the official auction and appraisal partner of the Naismith Memorial Basketball Hall of Fame.

The multiyear partnership will feature an annual basketball-themed auction that benefits the nonprofit Naismith Memorial in Springfield, Mass., as well as a premier sponsorship for the class of 2015 enshrinement festivities and a presenting partner nod for the Family Reunion Dinner during enshrinement weekend in September.

SCP, which was established in 1979, has brokered or auctioned some of the biggest sports memorabilia deals in history, including the $4.4 million record-setting sale of the earliest known jersey worn by New York Yankees legend Babe Ruth, the famed T206 Honus Wagner baseball card that fetched $2.8 million, a Jesse Owens’ gold medal from the 1936 Olympic Games that drew $1.4 million, and the bat Ruth used to hit the first home run in Yankee Stadium, which attracted $1.3 million.